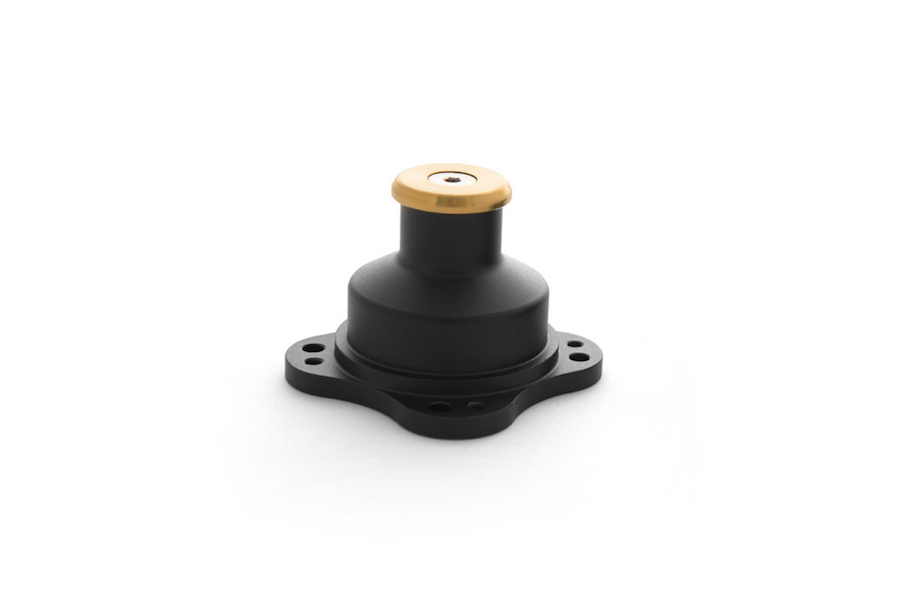 The MōVI Toad (male adapter) allows for a MōVI with the Toad In The Hole (female adapter) attached to quickly mount to other filming carriers, such as a crane, jib, or car mount in a matter of seconds.  Fiddling around with alignment is not required when engaging the Quick Release – just attach and rotate to the desired angle (from 0-360°) for shooting.  The Quick Release uses a clamp to secure the MōVI. This clamp, along with the secondary release button, are used to release the MōVI.