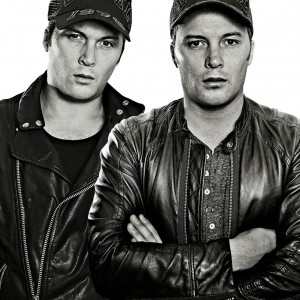 The Hayes Brothers are a creative partnership, originally from London but based in NYC.

Adam Hayes:
Adam began his career as an art director based in London in 1998 working in the advertising and publishing industries. In 2003 his outstanding visual skills took him to NYC, where he created many iconic ad campaigns. Adam took up full-time photography in 2006, gaining total control of his creative visions.

Nick Hayes:
Nick is a photographer and director of moving image. He has directed a range of motion projects in London, New York and LA. He builds ideas into storyboards, and then directs motion with actors/models, including projects that feature graphics and CGI. On final edit Nick works closely with post-production teams to ensure a perfect end product.

The Partnership:
Nick and Adam combined each others skills in June 2007, and have since become a unique award-winning photographer/director team. They create high quality visual work for an array of editorial, fashion and advertising clients. Their strong background in art direction, influences their distinctive form of photography and motion style. They shoot hi-res stills and direct motion together, offering clients a seamless visual identity covering many different media formats.

Contact:
Agency – Brydges Mackinney
Steven(Replace this parenthesis with the @ sign)BrydgesMackinney.com