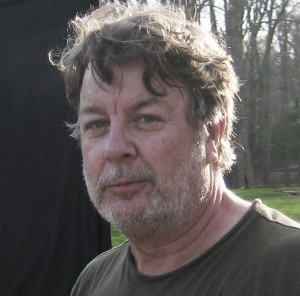 Alan has enjoyed a career which includes creative executions at world class commercial production companies, along with their ownership and management.
He has directed many award winning television commercials for some of the advertising world’s largest and most creative agencies in the UK, Europe and the USA, as well as writing and directing notable short films and documentaries. These include, “Victims” a 30 minute short which was a Paramount co-production with Jennie & Co and longer form projects currently in development.

In 2010 Alan began conceptualizing, writing and producing content for the internet and social media.

He wrote and directed a 3 minute piece entitled ‘What Is Green Logic?’ which resulted in his being offered the chance to compete for America’s first national TV and internet campaign to promote solar energy, on behalf of the Solar Energy Industries Association.

Winning the pitch with a concept called ‘Welcome to the Solar Generation’ Alan wrote, directed and produced a series of documentary style short videos and a TV PSA campaign, all themed around a
coast-to-coast road trip.
These films were tracked by Nielsen as having achieved 1.25 billion views in under a year.

Recently a 60 sec web commercial which Alan wrote and directed for Virgil Kaine Bourbon was awarded a 2014 Videographer Award of Distinction.

British by birth, Alan has permanent resident status in the USA, having moved here in 1994. He lives in Wilton, Connecticut with his wife Nadia and their teenage son.
Alan is a keen, swimmer, cyclist and downhill skier. Other interests include volunteering as a board member for Norwalk River Rowing Association, a local Non-Profit which provides a community outreach rowing program for local teens.